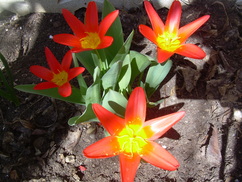 A quiet place in the very same house, with some bushes
and two aged trees planted by my grandfather,
a cherry tree and an apricot tree, which still reward us
with beautiful flowerings and delicious fruits.


The round table in the middle is an ideal place
to have breakfast or dinner under the sky of Cuenca,
so blue by day, so indigo and starry by night. 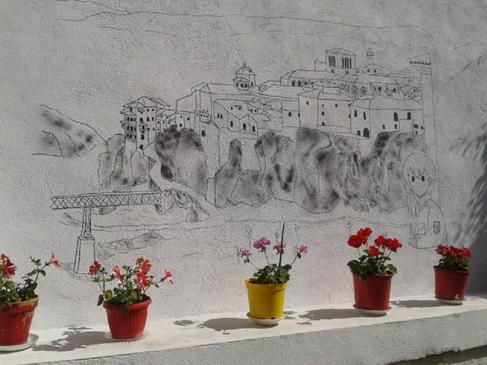 We have livened up a wall in the yard with a simple grafitti which, apart from brightening it, has been a whole "adventure" from its conception to its accomplishment.

Together with part of historical Cuenca´s skyline from the top of Huécar Valley, it adds a nod to Japan, as one of their famous "anime", later adapted to "manga", had Cuenca as its scene.

If I have raised your curiosity, you can click on these links
﻿Noticia and Sora no woto﻿ 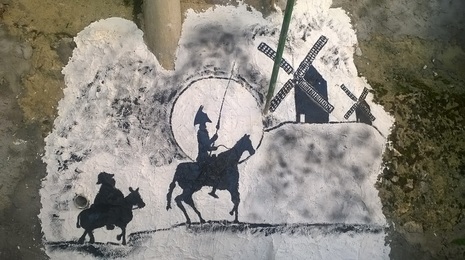 ​And... this 2015, Cervantes and his Don Quixote deserved a tribute in the four hundredth anniversary of the publication of its 2nd part so, following some friends´ suggestion, we have brought the Knight of the Sad Countenance closer to Casa Pipo y Ceci too.